I think we may need a guide on what settings orientation and the like is the best to print certain types of object at?

I think I will have one last go at this with more support to try and keep it on the raft.

Stopped the print after printing 3 of the 4 parts on build plate.

Only 1 small part came out ok.

Out of the other 3, another small part was missing a bottom corner, one large part I posted previously, and the other part also detached from the raft at the corners.

One thing I did notice was that the parts and supports had little to no adhesion onto the raft, I just had to touch them and they came off the rafts, picture attached of leftover rafts, and you can hardly see where the supports and parts have been.

Has everybody else had success with black ultra t?

Well...just about ready to give up on this!

Frustrating when you have a 1 day print, and it detaches itself from the raft halfway through. Raft still stuck firmly to bed.  :angry:

As Andre said, that is a long thin part which tends to warp more..  If possible, cut holes into the part as mentioned in the video in post #7.

You used the Z-Ultrat setting to generate the Zcode right?

Unfortunately, I cant cut holes in the part, thanks again for the suggestion.

I have split the parts in 2 as Andre suggested and printed the first half flat, at this moment it is looking pretty good, not lifting off raft at all.

I think the issue comes when relying on support material to hold the part down, the support just does not stick to the raft well enough.

Looks like my only problem now on this part is the surface finish with the black ultrat, in some areas the finish is pretty perfect, but in other places the surface is pretty poor...I will post a picture later.

Have you tried using some Purple Elmer's glue? I have had a lot of success when using it on larger builds that warp, you could always try to apply more ABS slurry too.

Have you tried using some Purple Elmer's glue? I have had a lot of success when using it on larger builds that warp, you could always try to apply more ABS slurry too.

I am using abs slurry, and the raft sticks to the bed very well!

I think one of my problems was that I was counting on supports to hold the object to the bed initially…this didn’t work.

I had to print this at full infill as it need holes tapped.

Again, the supports did not hold it to the raft!

I have attached the stl file if anyone wants to have ago.

That's really strange.. I just got done printing something 120x120 with same height support as your part and mine never lifted from support.. Using Z-ABS..(solid fill)

That's really strange.. I just got done printing something 120x120 with same height support as your part and mine never lifted from support.. Using Z-ABS..(solid fill)

It seems as if the support does not stick well to the raft, but sticks ok to part.

Just curious, what is the room temperature range where you are printing?  Is your printer near any drafts or HVAC vents?  Have you enclosed all the sides to keep some heat in the build area?

Commercial FDM printers run ABS with a 70-90C build chamber temperature.  That lowers stresses because the shrinkage is proportional to the difference between the extrusion temperature and ambient temperature.  ABS has a particularly high coefficient of thermal expansion so it can be more problematic than other thermoplastics.

Temps under 70F and drafts can greatly exacerbate warping problems with ABS.  My theory is that if cool air or drafts get to the warm extruded plastic it hardens the outer surface enough to prevent a strong bond with the layer below.  Also, the coefficient of thermal expansion for ABS is much higher than PLA (and most other FDM thermoplastics) so as each layer cools it shrinks.  Each layer is like adding another rubber band in tension on top of the one below so the stress builds as the part grows taller.  The longer the runs the higher the stresses so that’s why adding breaks in long runs helps with warping.  I’ve even seen people go as far as adding a “wall” around their part (as part of the .STL file) to prevent air currents from cooling the bottom of the part and to prevent losing build plate heat near the walls of the part.

I’d be very interested to see if you get better results with the same settings by enclosing the walls of the printer and partially enclosing the top to maintain a 100F or so build volume ambient temperature.  You can use a simple meat thermometer to check the temperatures in various locations of the build volume.  You can’t go much hotter than that or the filament can soften and jam inside the extruder/hot end.  You also don’t want your electronics volume or stepper motors to get any hotter than 140F.

I’m in the process of finishing a redesign of a MakerGear M2 that I enclosed, rearranged electronics to get them out of the heat, and enlarged the build volume.  I’m anxious to see how that affects ABS print quality.  In the meantime I just bought a Zortrax M200 so I can keep printing while I’m still developing the M2 redesign.

I had to print this at full infill as it need holes tapped.

Again, the supports did not hold it to the raft!

I have attached the stl file if anyone wants to have ago.

You might want to print the threads into the print. I have found that this puts extra material around the hole. Then just clean out the threads with a tap. I'll print this tomorrow after my current is done.

You might want to print the threads into the print. I have found that this puts extra material around the hole. Then just clean out the threads with a tap. I'll print this tomorrow after my current is done.

I printed this again today, after cobbling together a top enclosure with temp control. Kept the printer internally at 35.5 - 36.5 deg C.

Printed much better, but one side still lifted from the raft around .5mm.

Be great to see how yours turns out. 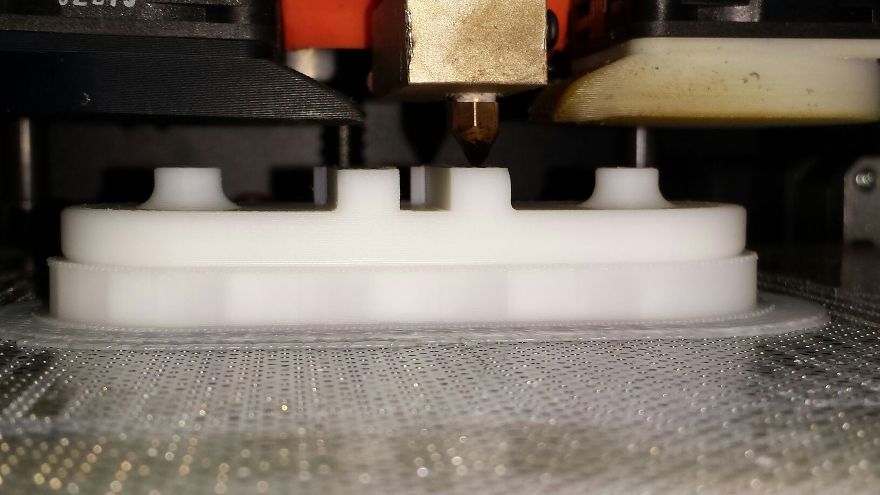 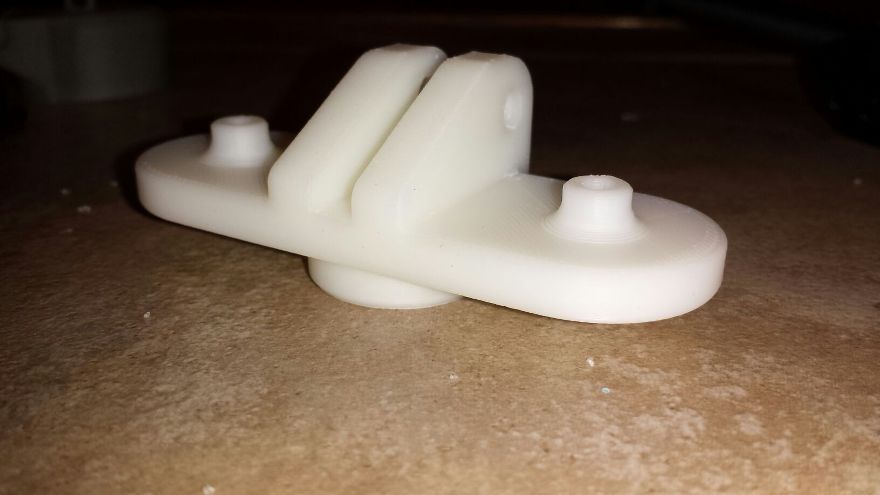 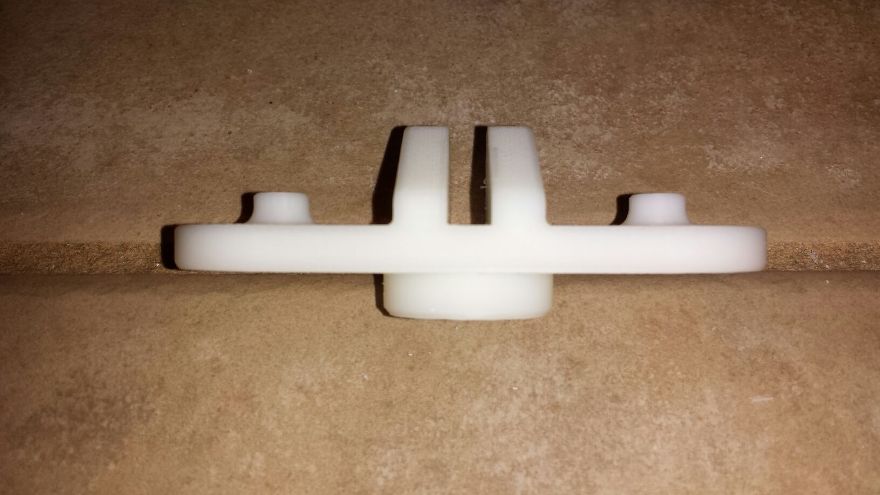 Kyle, that looks great! I am even more confused now as to what's happening with my prints.

I will try this again when I get my new rolls of ABS, to see if it is a Zultrat profile issue.

Thanks very much for testing this.

Now I just need to buy a monitor that this will fit.. :D

Another disaster on a 32hr print.

Had to put this into the bug tracker. :angry:

Could failures like this be the result of a failed lower fan, the one that cools the print?

But some people say that big prints do not even need the fan.

Hopefully the Zortrax team will see these posts.

I've been having problems with prints and suspected that my lower fan had failed, since the top fan had failed a few months earlier.  I ran some tests and discovered that the lower fan doesn't turn on at all until the raft is done and the part actually starts printing, even with 100% fan.  It's a PITA to test and it would be nice if Zortrax could implement a way to test the extruder/print fans, especially the latter.  Maybe an option in the maintenance tree to turn on and off each fan.

It’s easy to test… I just swap the connectors on the PCB on top of the extruder stepper.

Just plug the lower fan into the plug of the upper fan (which is powered as soon as the printer has booted up).