I recently received a roll of Z-PETG and had issues with printing my "sample cube". Twice I got Error 013. "unexpected extruder temperature drop" after it had finished printing the raft, with extruder motor stuttering and everything. If I disconnect the Fan(s) completely (dual fan shroud mod - shame on me), then the printing continues, though it seems like there is very little filament coming out of the nozzle.

So is this my heater reaching it's end of live or some more tweaking needed on the Z-PETG profile by Zortrax or my Noctua fans cooling things down too aggressively compared to the stock fan?

(Mind you I also had problems switching from White Z-ABS to Black Z-ABS beforehand. After some excessive nozzle and extruder cleaning things worked. Also seems to point to a heating problem imho.)

First of all, dismantle hotend and check if Teflon tube is on its place. Have you ever changed nozzle?

Yes Teflon tube is in place, but maybe the Nozzle(s) are done.

I was using two nozzles alternating... One being soaked in Acetone while the other being used.

They are clean, but no longer "brass shiny". Maybe I should get some tiny brushes for cleaning out the inside.

What is the average expected life-time of a maintained / regularly cleaned nozzle? 400h?

Yes Teflon tube is in place, but maybe the Nozzle(s) are done.

I was using two nozzles alternating... One being soaked in Acetone while the other being used.

They are clean, but no longer "brass shiny". Maybe I should get some tiny brushes for cleaning out the inside.

What is the average expected life-time of a maintained / regularly cleaned nozzle? 400h?

I think Zortrax recommends after 6 spools or something like that. Z-glass probably eats the nozzle faster.

Best way to clean them, for me anyway, scotch bright dipped in acetone with the extruder warmed a bit, will make them completely clean very quickly (be careful with acetone and warmed extruder, fire risk). For the orifice, I use the 0.35 wire they sent, run it into the nozzle about 3/4 way in and then initiate the filament load cycle. I think the pressure from the load cycle helps to clean it out. You might need to pull the wire slightly to keep the extruder from slipping.  Haven't had to remove a nozzle for cleaning from any of the printers doing this.

Hm I am nowhere near 6 spools per Nozzle, but scotch-bright + acetone is a good idea.

Mind you my printer might need to go to service to investigate and fix my strange noise issue (see other thread), so I might need to take a printing break :).

I don't see how anything to do with the nozzle could cause an "unexpected temperature drop" error. It's most likely a ribbon cable or thermocouple wiring fault. When extruder heaters die, they tend to degrade slowly, losing their ability to reach temperature or taking a long time to get there. The "unexpected temperature drop" error is generally produced by a sudden drop in the temperature voltage from the thermocouple, from an open or short circuit. Even if your heater failed completely, it would cool slowly and probably produce a different error message.

I've run dual Noctua fans for over a year and in my experience they do not cause any over-cooling problems.

Ok so sounds more like a problem in "reading" the current temperature due to some wiring issue, than a "heater" problem.

Mind you why did the problem disappear when I disconnected the fans? PCB problem?

Anyway looks like the machine goes into service for checking the weird noise problem and Zortrax will also check this issue while they are at it :).

why did the problem disappear when I disconnected the fans? PCB problem?

On closer inspection the connector for the thermocoupler looks a bit dodgy as if the little crimped pins are already half way broken off.

Might well cause intermittent connection problems that come and go.

Here are two pictures of my last Z-PETG print for entertainment. It's partly see-through due to under extrusion :) 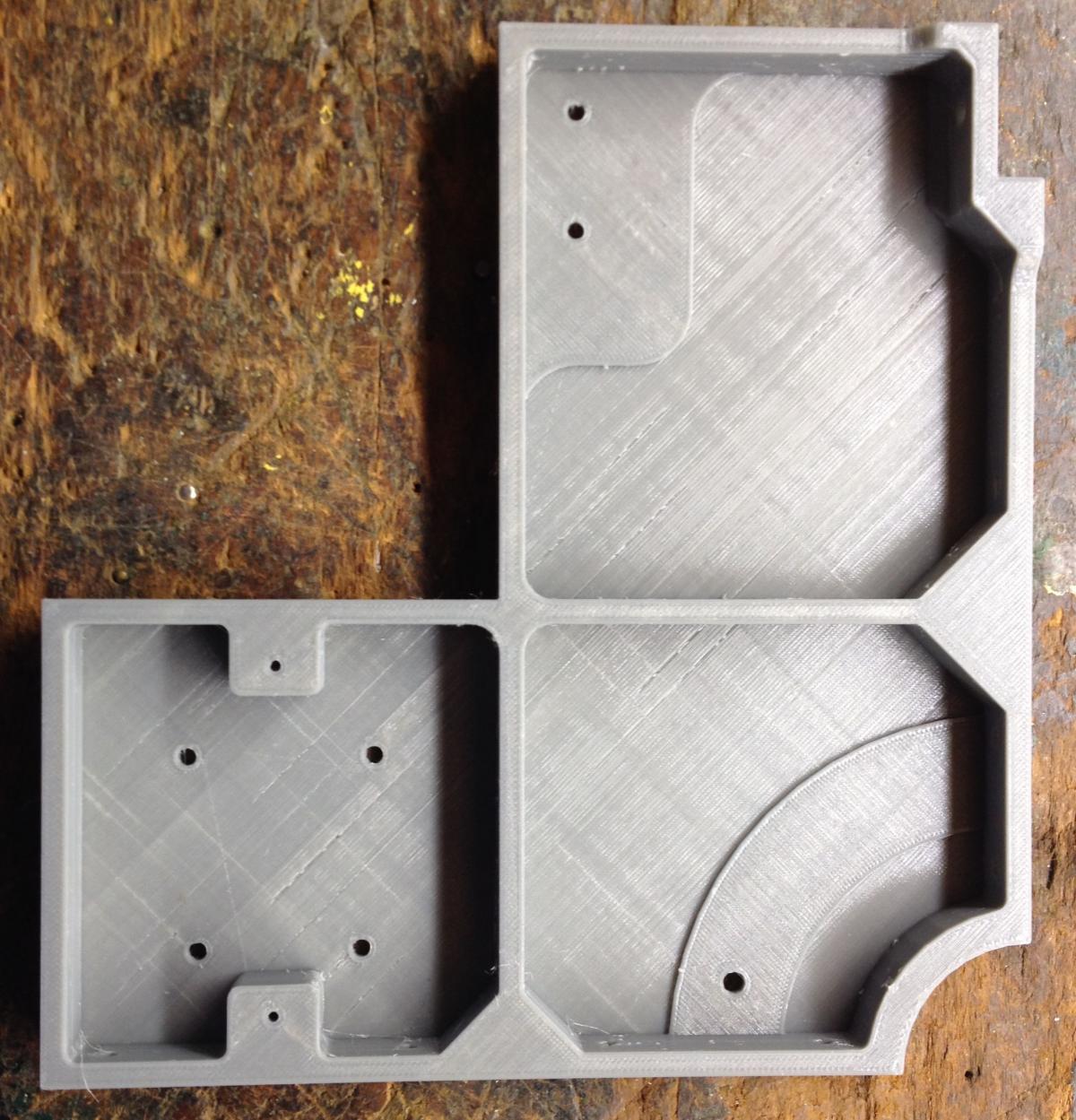 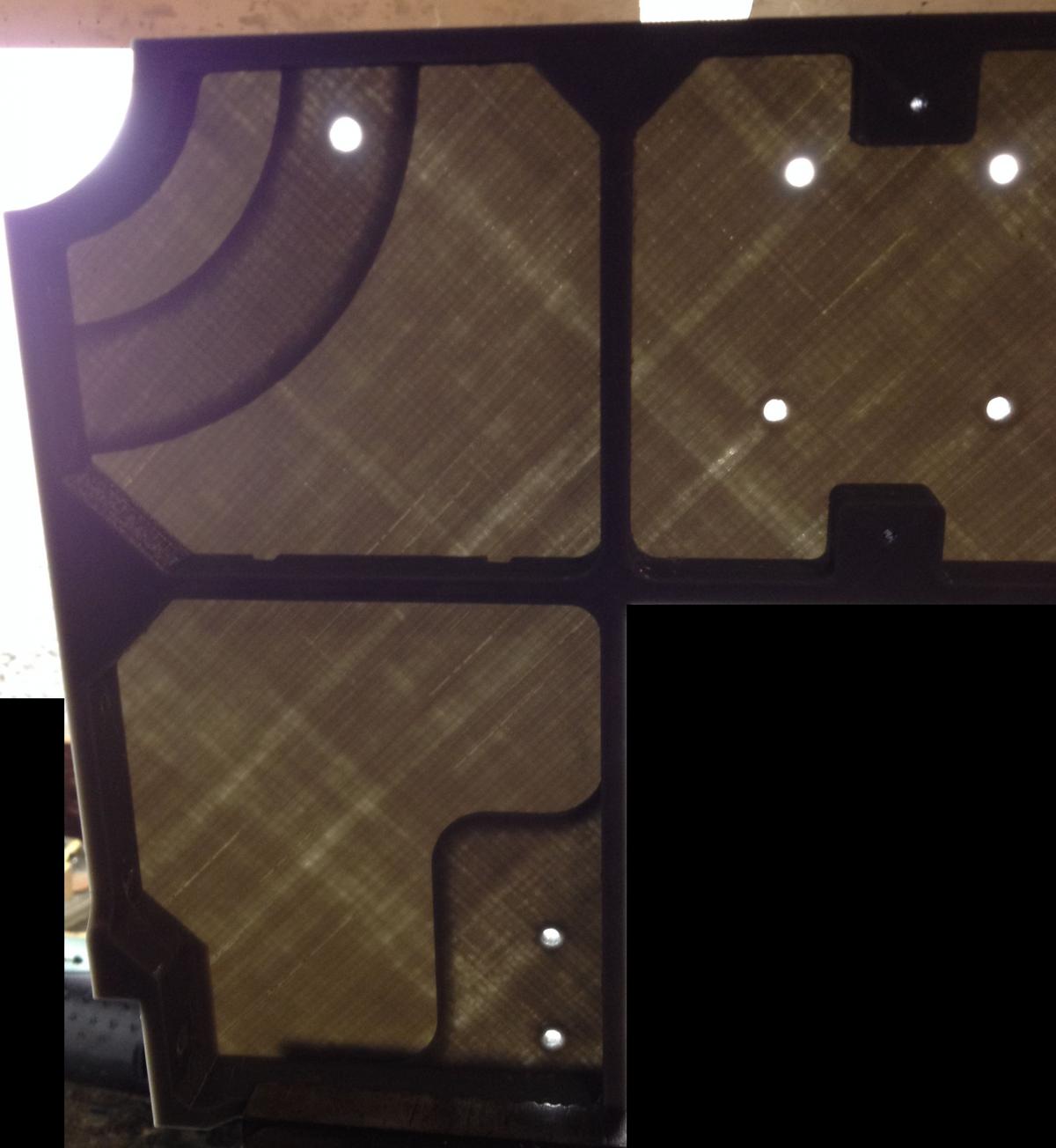 My printer was sent to service due to damaged linear bearings in the print-head and I got it back last Tuesday.

They also checked the under-extrusion issue and it looks like I got a "regenerated nozzle", new or cleaned up Hot-End and new Thermocoupler.

I printed my "test-box" and it was working fine together with the Dual Fan Shroud.

To avoid and potential signal coupling issues I cut the yellow pwm-sense wires close to the fan Motors. I initially had a few cm left on, maybe the temperature

sensor got confused by that. I also twisted the red and black wires of the fans.

No Error 013 and no under-extrusion so far. I'll print my "see-through" part next and check what I get.