OMG!! Filament stuck in the heating block and nothing we can do?

What can we do about it?? Pull from either side (top/bottom) is not possible. Try to push the filament using another filament wont work either. Sigh… One problem to another

Hi Petrus, I have had this happen a couple of times, and I'm sure others have too. Take off the extruder motor and also the heater block (or at least the nozzle). Now you need a stiff metal rod, drill bit, piano wire, etc. about 1.5 - 2mm diameter to push the clog out. You can push from the top or the bottom. For me just pushing with a rod was enough; others have had to actually drill out the clog.

Hi Rafal and Julia, thanks for the feedback... I will try the method, Jul...

It's just a straight-bore hole, you should be able to push it out from one end or the other.

I will be trying your method later sis... Thanks :D

I have had this happen, you can use an allen key to pull the extruder head apart.

As you dis-assemble it you should pull the feed stepper motor out and clean the fillament out of the litttle cog on it, so that it can get traction again,     run the "load new Fillament" fromt he printer menu, once it has heated up the tip, use another piece of fillament or something a simmilar size to push down on the stuck fillament till it travels down the head slightly.

Once this is complete, make sure you have cleaned any broken bits of fillament out and then re-assemble the print head, and feed new fillament in like normal.

If it sounds complicated its not, its just a couple of screws and easy to remember how everything goes back together.

It might also be a good idea to cut off the end of the filament to be sure you are feeding good material on your next load.  When filament has gotten stuck on my M200, the end has what feels like tiny teeth from the extruder feed gear and I figure those could interfere with the extruder mechanism the next time I load that filament.

Mmm, this has happened to me more times than I care to count. My favorite trick is to take a very thin nail, heat it up with a torch, insert it into the stuck filament from above, wait a couple of minutes for it to cool, and give the nail a good yank.

I got stuck filament but its still attached to the spool (ie. not a piece of filament, its just stuck and I cant get it out).

I dont want to pull to hard for fear of damaging something - or breaking it and then having the problem of a tiny piece of filament stuck in there.

I have run unload filament but its past that point since the gears turn really fast without anything happening. But I pull hard and it doesnt come out.

It is a blob of filament from the nozzle, stuck in the passageway which has a very small clearance. You basically have to pull hard. Either it will come out OK if you're lucky, or it will break off inside and then you have Petrus' problem as described above. It is a pain in the butt but it can be resolved.

It came out after some hard pulling :)

Thx for the tip.

This happened to me again (every time it has been because of a tangle in the spool that causes the filament to get stuck). Trying to yank it out this time it broke leaving me with a little piece of filament stuck in there. If I try to load new filament to push it out the gears just click but its unable to push it out.

Are there any instructions anywhere on how exactly to pull the head apart and do what Dingo instructed? Im afraid to just randomly try to unscrew things without knowing what im doing. Any other suggestions?

Zortrax, as this seems to happen quite often it would be great if you publish some type of guide to know how to fix it..

Do not take anything apart, except to remove the feed stepper and the nozzle. You need to push the filament out from the top or the bottom, as described in this thread above. In rare cases users have had to drill it out, but it seems in most cases it can be pushed out.

Remember to remove the nozzle with the hotend heated.

Remember to remove the nozzle with the hotend heated.

Yes. Probably won't hurt to leave it heated during the extraction process as well. 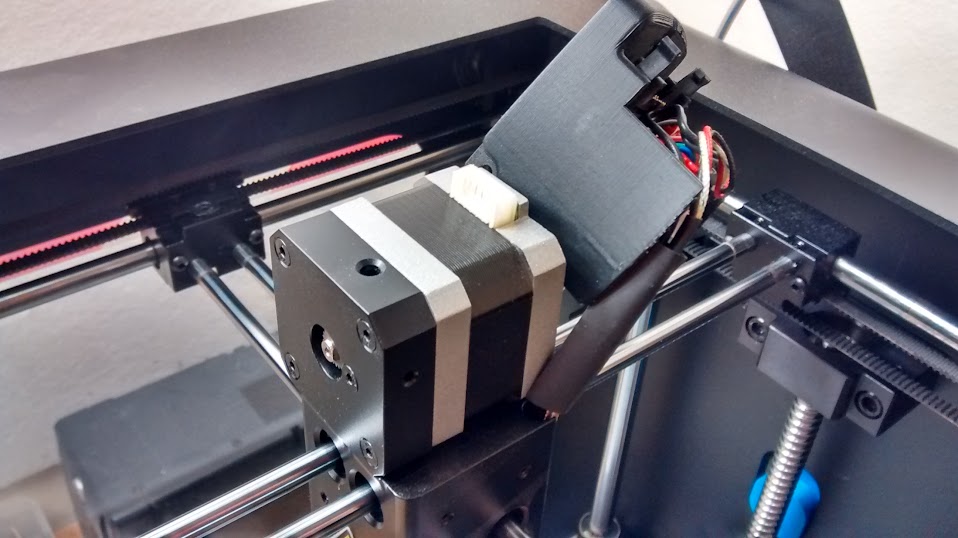 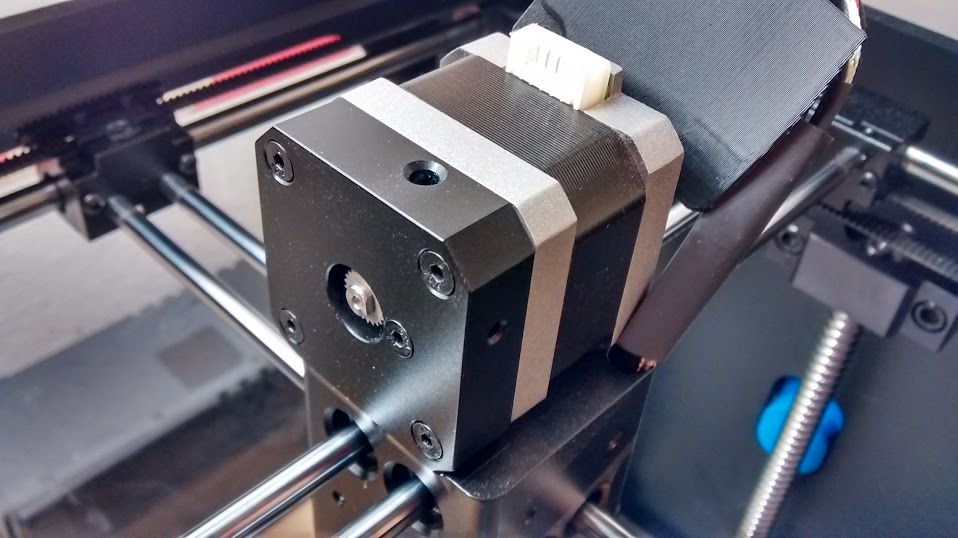 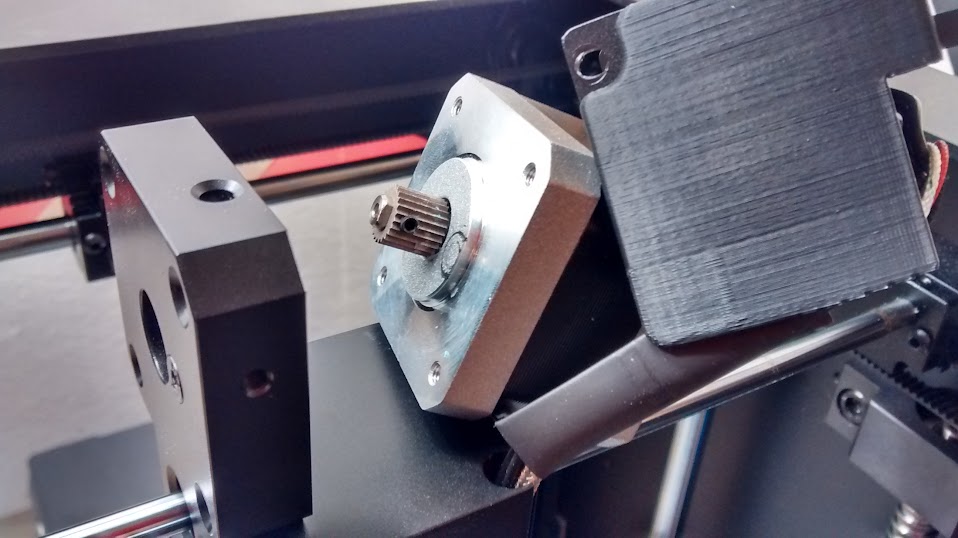 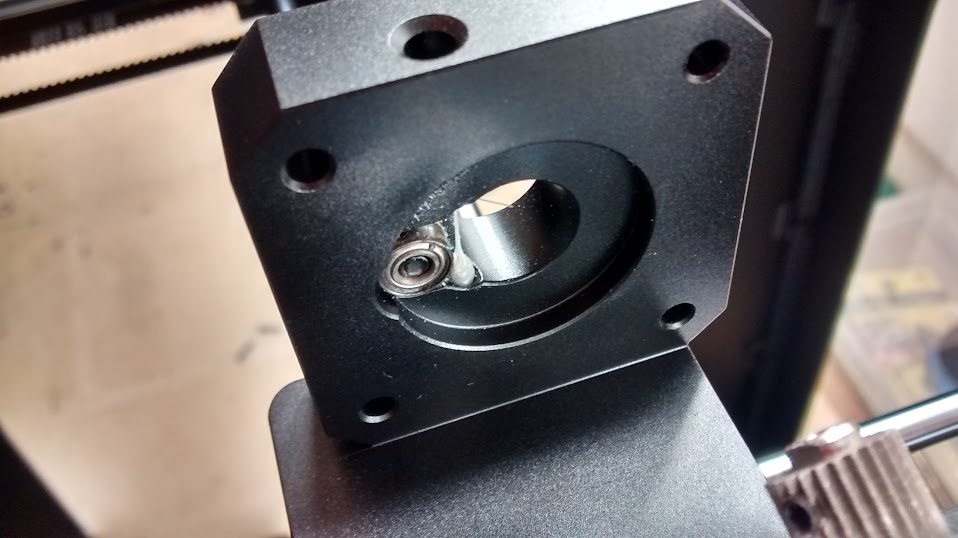 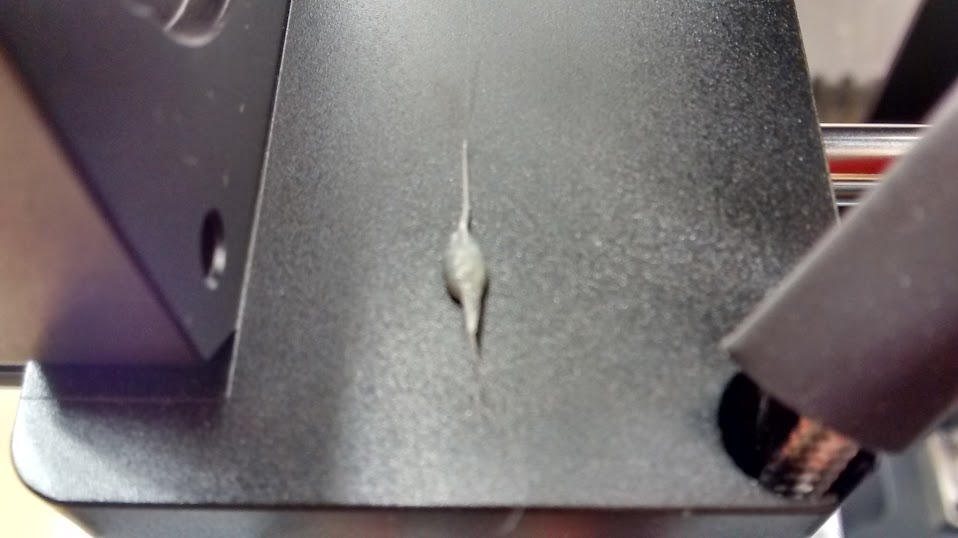 I also better insulated wiring cables a bit too hasty ;) 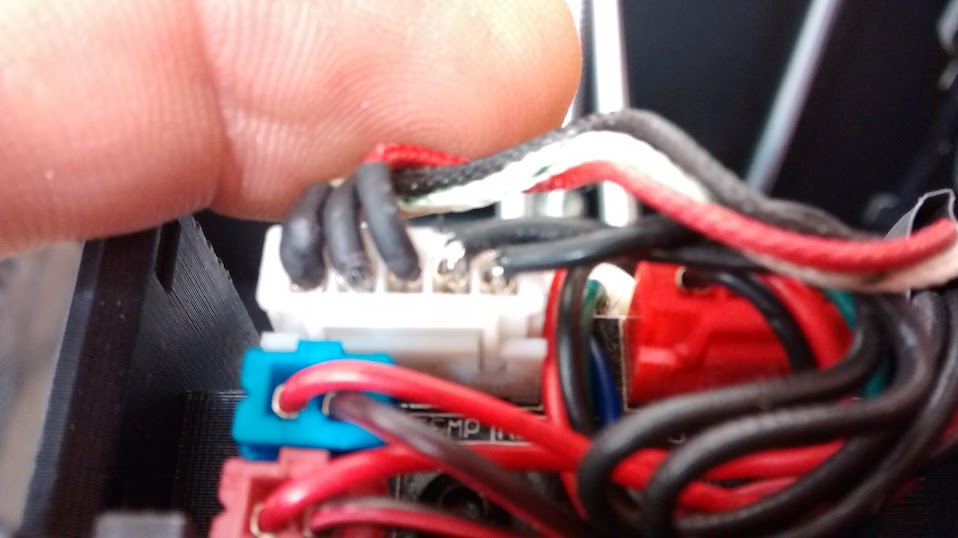