I’ve found that on the 200+ the outer perimeter is not well attached or has no attachment at all to the next perimeter in. This results in small diameter holes (3.1mm in this case) collapsing as shown below.

On the outer skin, after breaking the model, you can litereally pull away the out perimeter. It’s just not touching the next layer. except for a small contact at the retraction points 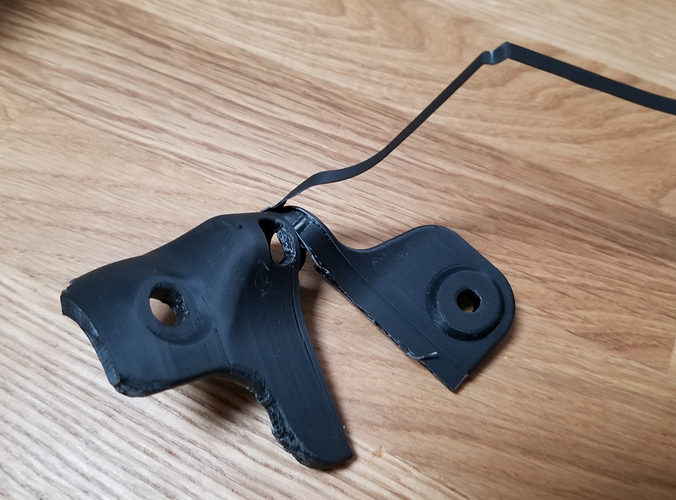 I’ve tried reducing first layer gap and increasing first layer flowrate, but it’s isn’t really helping. I think the gap between the 2 outter layers is just too great. I’m only using 0.14mm layer height, so it may not be the same for other layer heights, but it was not an issue on the M200.

Any idea’s? Could we have a parameter to control this, similar to the first layer gap?

Please send me the zcodex as well as the stl file.

We’ll check it on our side.

Hi Marcin, can you send me a PM with your email address on so I can send it through. To be honest through it’s happening with every model I print with the 200+

What was the solution? I’m having the same problem.

Hello.
I have same problem too. External layer not attached to others (missing one pass)
Thanks

Hey there!
Our specialists are aware of the issue and they’re working to fix this, but it can take some time.

Why I have found the same reply about this problem, and no news from august?