new to 3D printing with the Zortrax as my first and only printer I guess I have learned a lot while reading here (and similar forums) and started the challenge yesterday. I own a CNC mill doing RC models as a hobby so the whole stuff is not completely new to me, however different enough. Beside a first simple object to check wether the printer works as it should (it does) I am looking for trouble ;) with complicated things and would be happy to hear the opinion of the experts for a fillet, covering the intersection of a strut to a fuselage. Object is about 50mm high and consists only of a shell, thickness 0.5mm (can be increased a bit if necessary).

Its also hard to thermoform cause of undercuts. 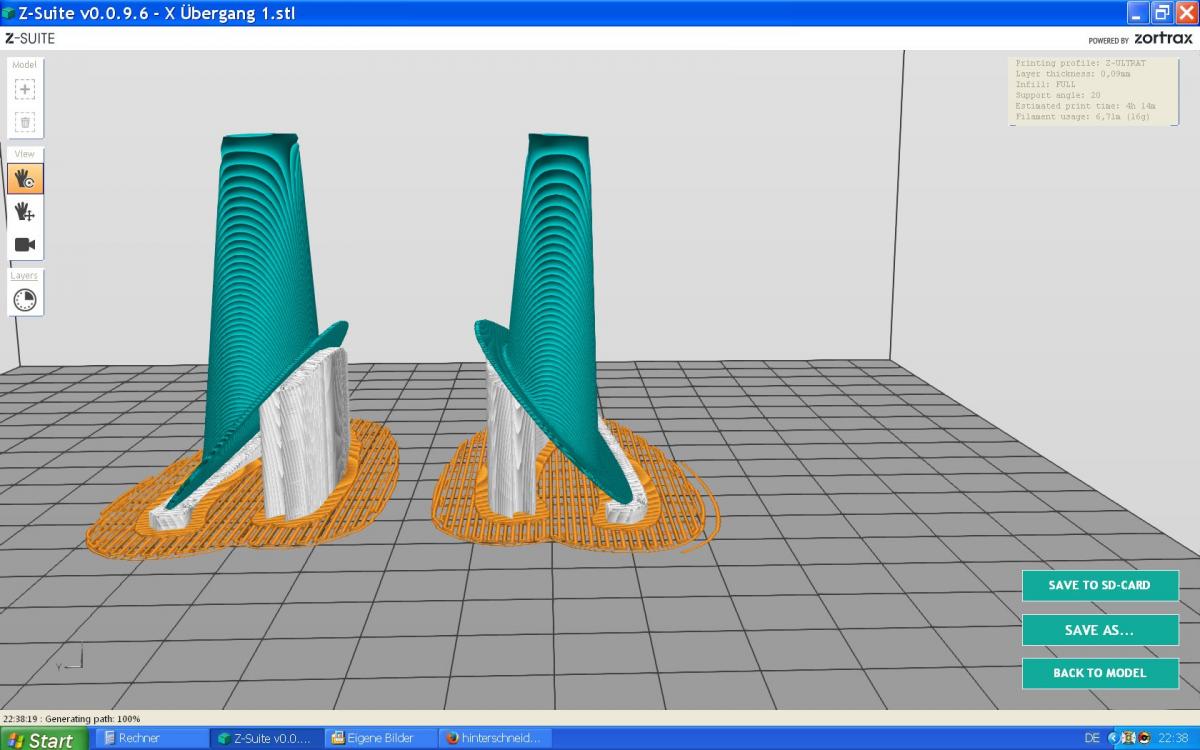 Are there any suggestions about a better orientation? Maybe as shown in pic 2: 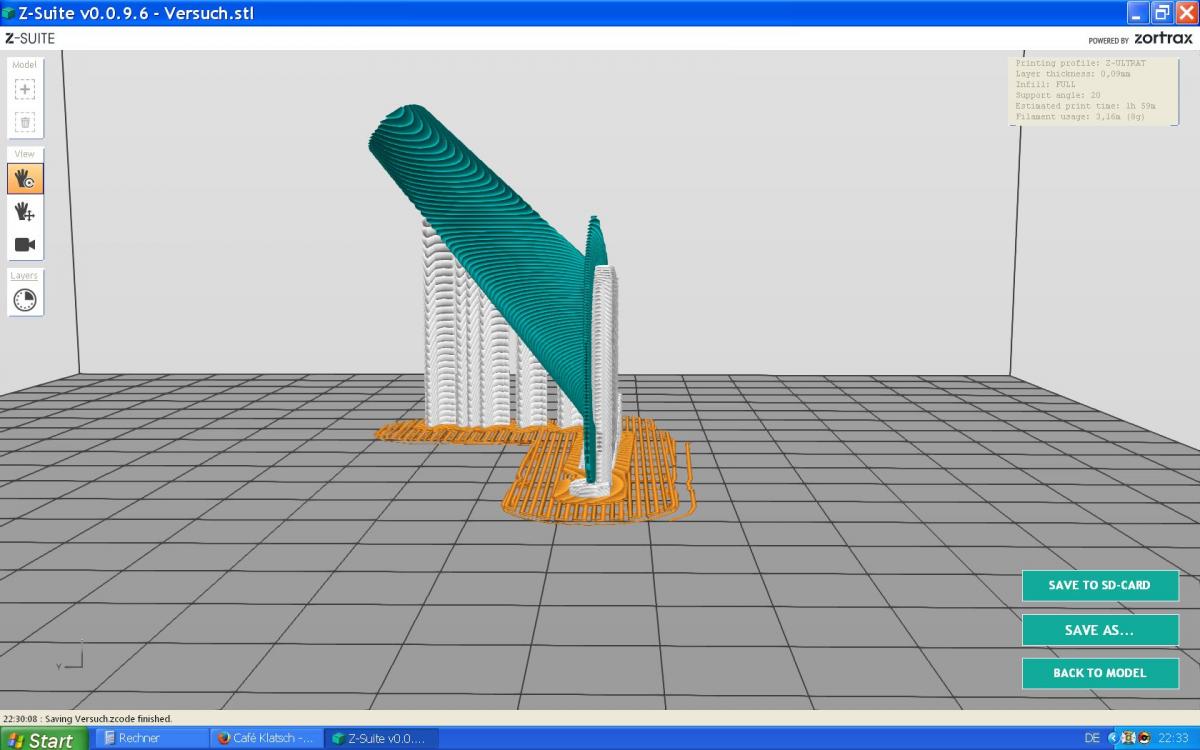 Or upside down, or laying aside? Or ist it impossible to print?

Can you show a pic of the failed print?

0.5mm wall thickness is pushing it.

Will make pic tomorrow. Can I use the advanced settings, offsets, outer contours for this?

Pic of the print, stopped and not finished. The printer prints the up the slope pretty well, even ~ 6-7 mm beyond the support in free air. Then the material bends a bit up and the next printing paths cannot match anymore.

I could thick up the shell, but will this prevent warping?

Something funny (and ugly) going on there. Can you post the file?

In the attachment. Meanwhile I had success when positioning the objects like in pic 2 with ABS Ultrat. Only surface was poor compared to other prints, maybe the fan was too high keeping things too cool this time.

So, after some trials I get reproducible results when arranging the fillets like in pic1: 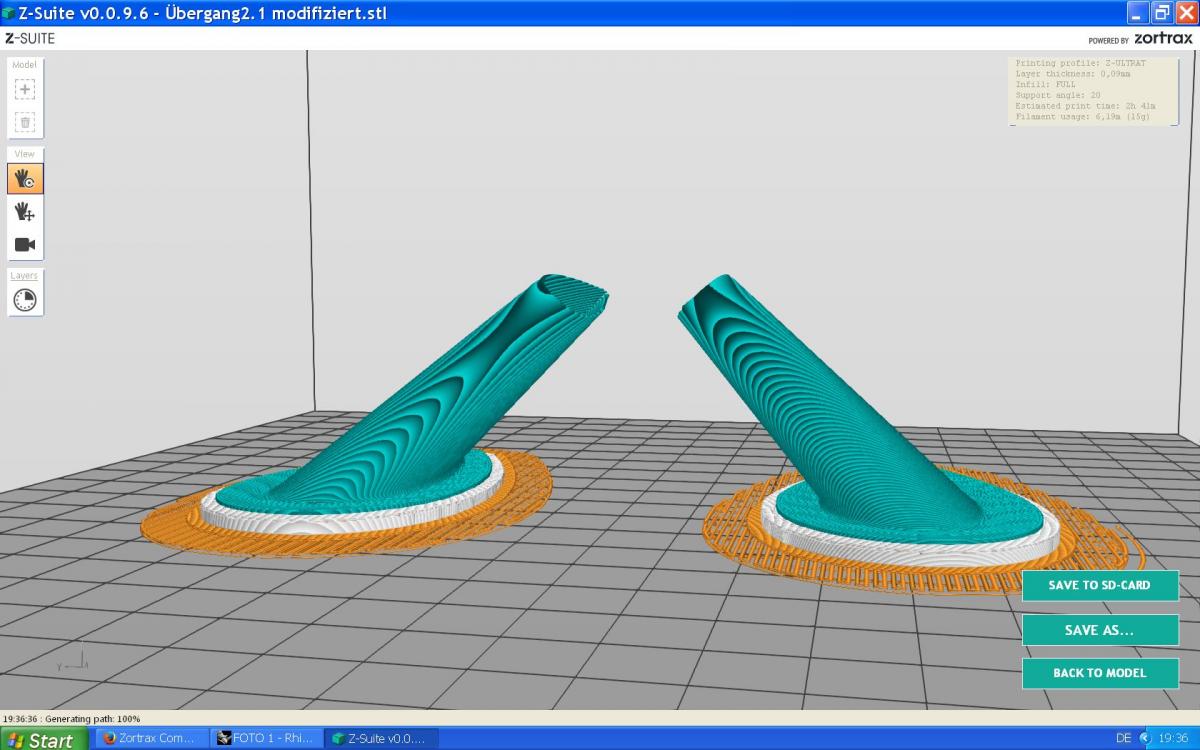 Thickness of the shell is drawn in 0,5mm and printed in 0,8mm. Thats fine with me, just had to rework the drawing so that the whole thing has a snug fit over the strut. The 0,8mm are reproduced every time, so thats great.

And thats what I am talking about: 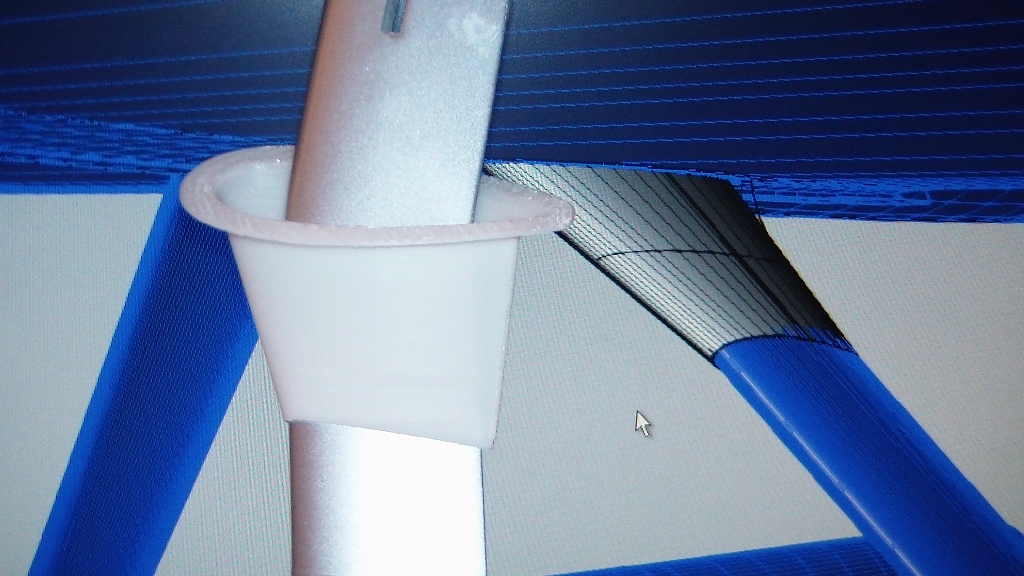