Anybody out there care to comment on how well ZSuite 0.9 and the new features work?

Our Internet service at home is down so I won't be able to try it out for a couple days until repairs are made.

I noticed something strange. In ZSuite 0.8 time was shorter around 2h ;/

if we get rid of ghosting, i will gladly pay the price in time  ;-)

Yes can confirm that the reported time is longer for the same part. However that doesn't mean it is actually longer. Perhaps 0.0.8 was reporting a premature finish time and 0.0.9 is more accurate. Really need to actually time the prints to see if there is a difference.

Another difference, there are now 2 outside "skins/perimeters". This should improve the surface finish on concave and convex objects, as well as make a stronger part.

I haven't tried a high infill setting yet, just been concentrating on the surface finish. I'm printing parts in black for worse case scenario. So far I am impressed.

Now I think I count 3 perimeters, changing from slow (outside), medium (middle) fast (inside), can you or anyone else confirm this?

Also tried the random seam feature, but as I suspected it leaves very small dots on the face of the model. Might be good for some models, but I rather a single seam hidden in a corner. And it looks like the single seam is much improved anyway.

I'm running a test now and will check if time increase takes in consideration preheat of table  and other factors.

I just tried with a solid infill and before the same part that took 3h43m now took 6h1m, it takes way longer! The quality is a little better but honestly too much time sacrifice for the improvement in quality.

I just tried with a solid infill and before the same part that took 3h43m now took 6h1m, it takes way longer! The quality is a little better but honestly too much time sacrifice for the improvement in quality.

For parts with alot off details z-suite 0.0.9 is a huge improvment. Have you tried high speed mode?

I find high speed mode is about the equivalent to normal in 0.0.7. I'll have to do some testing to see if there is a noticeable quality difference between normal and high speed in 0.0.9. I suspect there isn't.

Maybe they could change normal to slow, high speed to normal and add a new faster speed called high speed. 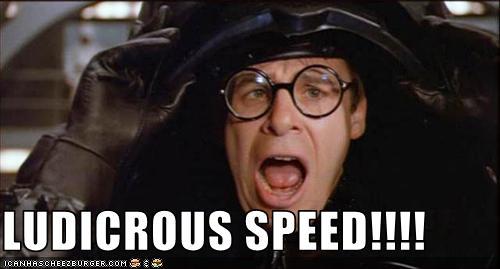 how about a mirror function for V1?