Or drag and drop models into Z-suite like previous versions.

Or drag and drop models into Z-suite like previous versions.

Sometimes it works :) When I wrote about copy-bug, also I wanted to write that drag&drop does not work, but... then it start working :P Miracle ;)

Yesterday I received my M200 and I love it. V0.0.9 has various bugs though. I'm using XP 32bit and I can't see the sliced model after generating gcode. Until g-code generation everything work fine (apart the already mentioned bug of copies not able to me moved/deleted), but since I try and see the generated Z-code the application stops rendering anything and even I come back to the model view it shows nothing but the toolbars and model information. I can save the generated g-code though and even print it without issues.

Also if I tell the software to don't display the generated z-code it goes to the viewport but then it doesen't show the model.

I have framework 4 installed and I have and I7 computer with an old Nvidia GT8800 that supports the latest drivers.

Can anyone point me to the download link of the V0.0.8? This way I can at least check how supports and slicing is generated for my models.

spicchio72 - I think this is not problem with Z-Suite, the prievew of sliced model required more power from graphic card, ram memory and CPU - I tested it on a few computers.

Hmmmm… I think i have next mini bug. I can’t use multiple instances of Z-Suite for generating Z-code at once, because all of it try use same tmp.zcode file

Hmmmm... I think i have next mini bug. I can't use multiple instances of Z-Suite for generating Z-code at once, because all of it try use same tmp.zcode file :/

where <time> is time when tmp file was created.

Sometimes it works :) When I wrote about copy-bug, also I wanted to write that drag&drop does not work, but... then it start working :P Miracle ;)

You can delete but they don't disappear.. Put a few in there and then delete half. hit print. Only generates a tool path for the ones you  "didn't" delete.. Still needs fixed though..

New easy raft removal is great but it works only for models that need raft support in small areas. For larger plains filament tend to curl up from the raft and leave really bad surface. I would like to have the old rafting method to be also available so I don't have to go back to older version of z-suite for some models. 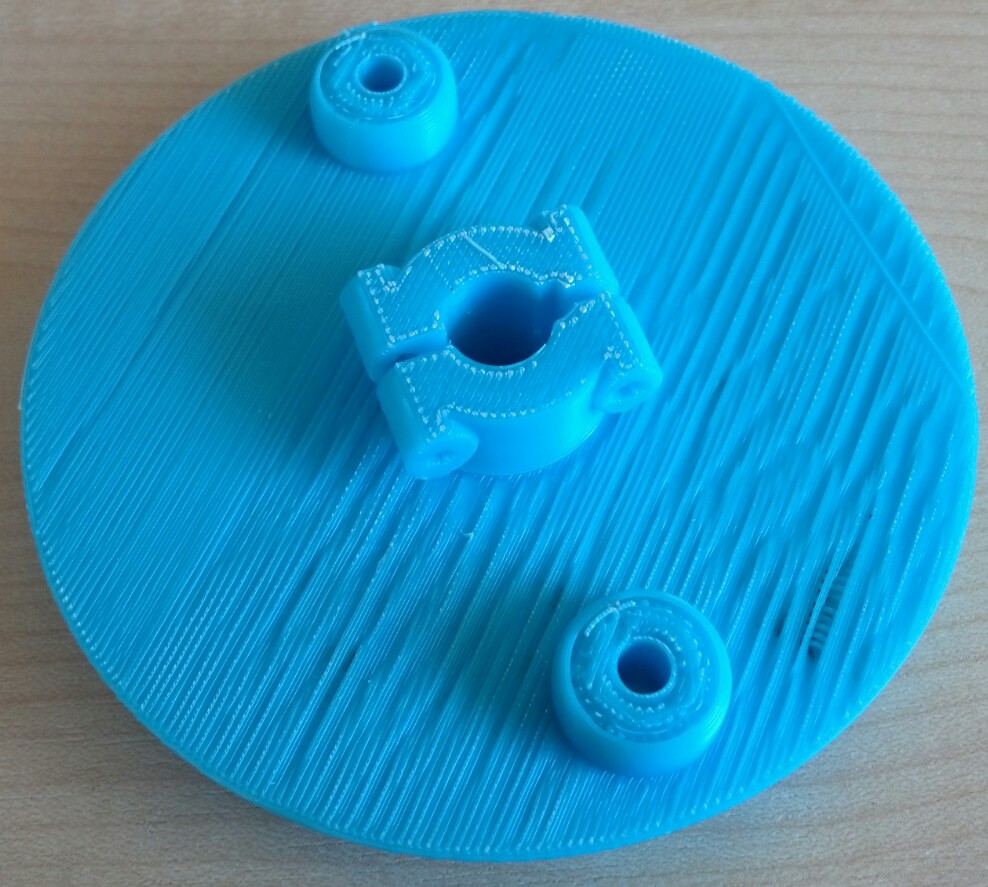 Finally I solved the problem about rendering the zcode with a new video card, I had to buy an Nvidia GT730 and now it renders correctly.

I also want to point out to some bugs that can improve next versions of Z-suite and check if others have the same problems.

2) I'm fighting with the extremely slow motion of the extruder when printing tiny vertical details that have a tip, like a small pyramid, cone, cilinder or any other vertical oriented object with a tip. Paths are followed really too much slow when moving to upper layers of the object and this leads to burn and melt, ruining the object. I suppose that this shouldn't be the right behaviour and those details should be printed quite faster to prevent melting and eventually with a pause between layers (when no other parts of the same layer need to be printed) to allow the ABS to cool down a bit before the next pass. I tried with fan up to 100% and it doesen't help.

3) Also in cases like printing a small pyramid or a cone, the paths for the top vertice of the object are calculated in a strange way. Z-suite makes like an "hat" on top of it. Check the image to understand what I mean. 4) In the offset values in the printing advanced tab I think it should be possibile to also set negative values for both inner and outer offset. I found out that the walls are usually printed a bit wider then original size. This can help a lot with details like small text and for fit of the parts if those require assembling.

Since I bought the printer when 0.0.9 came out I can't say if some of those problems are also present in previous versions, maybe someone can test the small print that I did: